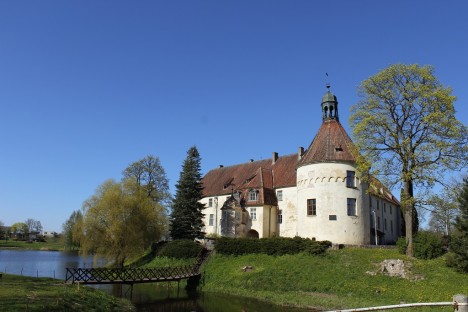 Jaunpils castle is one of the rare medieval castles, that has preserved its historical look. Jaunpils castle was built in 1301. as Livonia Order fortress. The castle was bult by Livonia Order master Gotfrid fon Roga. More than 350 years the palace was inhabited by fon der Recke strain. Nowadays at the palace, which is surrounded by water from three sides, there is Jaunpils social life. The picturesque landscape and social life folklore is a background for sideshows meant for tourists. Together with monks, jesters, lords of manor and servants you will have possibility to become a real medieval hero. Everything will be romantic because it will happen at seven century old castle... Let us meet at the castle!